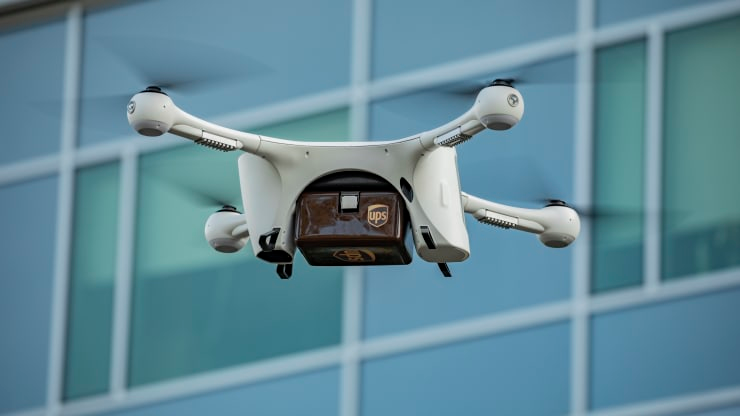 We know that the industry keeps on evolving in terms of advanced technologies. This applies to every industry around the world as people try to change the existing facilities to make them better. Now, we know that the delivery business is one of the best at present since the world has moved to e-commerce so the packages need to be delivered instead of people just picking them up from stores. Also, we have companies such as Amazon which have stopped relying on UPS and FedEx for their deliveries and are doing it by themselves.

Talking about the delivery system, we know that it is also going to evolve as the latest trend is doing delivery via drones. Now, drone delivery means that you don’t need to have someone who can carry the parcels and they will just be dropped at the address. For this reason, we have analysts who are also talking about drone delivery and which companies will benefit from it.

At the moment, you must also be aware that UPS is testing delivery via drones in some specific areas and the tests have mostly been successful. Also, Alphabet is another company testing drone delivery via its partners. Analysts reveal that these are the two companies which will benefit the most when drone delivery gets started.

As per a report from CNBC, drone delivery might be started as soon as next year and since both UPS and Alphabet are already testing their systems, they could be well-placed to start delivering commercially since everyone else will have to either partner with them or start testing their systems for a commercial launch. The report notes that since Alphabet’s Wing unit is working internationally for drone delivery in countries such as Australia and Finland including the US, it has an early mover advantage.

According to a study, Netflix lost 1 million subscribers to Disney+ so far