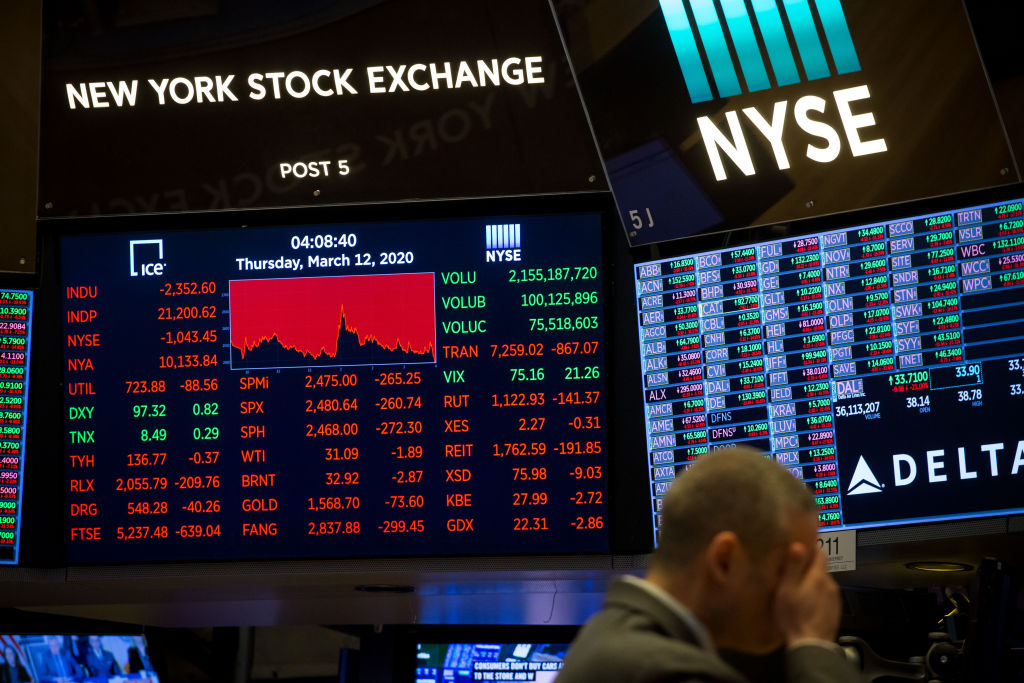 Dow dives nearly 3,000 points on fears coronavirus will cause recession

New York: Wall Street stocks joined the global market carnage Monday as a widening part of the US and global economy shuts down due to the coronavirus crisis, in its worst day since 1987.

The Fed’s second emergency interest rate cut in less than two weeks and its pledge to purchase more than $700 billion in assets came late on Sunday, ahead of its scheduled policy meeting on Tuesday and Wednesday. It added to the alarm about the pandemic that has paralyzed parts of the global economy and squeezed company revenue.

Investors are worried over how effectively policymakers will be able to mitigate the economic damage from the spreading virus.

The market is down despite the Fed’s move because “this is a different type of crisis. Lower rates will not create demand when people are home,” said Solita Marcelli, deputy chief investment officer for the Americas at UBS Global Wealth Management.

“But this doesn’t mean what the Fed has done is futile. Lower rates are a precondition to other policies,” she said. “So I think this has to be done, but it’s understandable the way the market is reacting.” 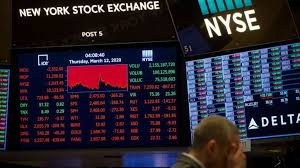 The benchmark index slid as much as 11.4% early in the session, shedding about $2 trillion in market value, before bargain-hunting helped the main indexes claw back some losses.

Trading on Wall Street’s three main stock indexes was halted for 15 minutes shortly after the open as the S&P 500 index plunged 8%, crossing the 7% threshold that triggers an automatic cutout.

Energy stocks also fell sharply along with oil prices, and the S&P 500 technology index was down more than 9%.

Heavyweights Apple Inc, Microsoft Corp and Facebook Inc were among the biggest drags on the S&P 500.

The markets should stay open despite the intense volatility, the head of the U.S. securities regulator said, quashing speculation that the government might shut down the country’s exchanges to stop the plunge in stock prices.

Bars, restaurants, theaters and movie houses in New York and Los Angeles were ordered shut, and U.S. states pleaded with the Trump administration to coordinate a national response to the outbreak.

Nike Inc, Lululemon Athletica Inc and Under Armour Inc said they would close stores in the United States and some other markets, dragging the S&P 500 retail index sharply lower.

The S&P 1500 airlines index slumped after United Airlines Holdings Inc booked $1.5 billion less revenue in March and warned employees that planes could be flying nearly empty into the summer.