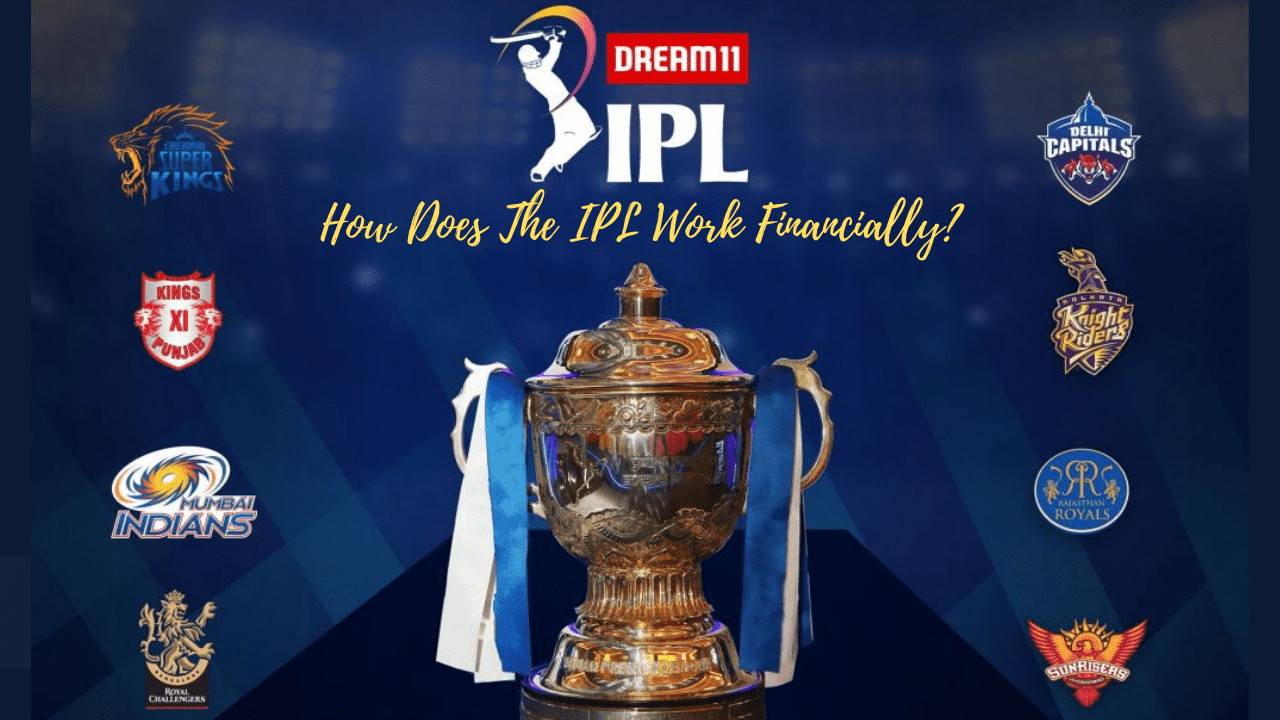 Everyone is excited to know the exact answer to some questions like “How Does The IPL Work Financially?” Today, we have come up with an article on the same topic. Continue with the below sections and get to know seriously about the IPL Teams revenue model and how does IPL make money?

IPL 2020 will be bigger and better than previous IPL seasons. Now, the 13th season of the Indian Premium League is running on the Dubai stadium. Due to the novel pandemic 2020, IPL season started too late and that’s from 19 September 2020 to 10 November 2020 in Dubai, Sharjah, and Abu Dhabi. Also, the title sponsor of IPL in 2019 Vivo is replaced with the Dream11, the fantasy gaming app for the IPL Season 13.

A lot of folks wonder how IPL franchises can afford to pay millions of dollars to ‘buy’ start players, and even make money. If you are one of them wondering how IPL franchises pocket a massive chunk of money? Here is a detailed look.

How Does The IPL Work Financially?

Here we have compiled many best and most sources to generate revenue for IPL teams. Have a look at the below sections and completely get the knowledge about How does IPL work financially?

First of all, see the list of IPL franchises in 2020 and know the details completely regarding teams, Owners, and Champions.

There are various sources from which IPL can generate its revenue. A few of the top & most crucial sources are discussed here below. Let’s have a look at the below sources and decide How Does The IPL Work Financially:

The most important source of IPL Teams Income is media rights to telecast the IPL matches on Television & OTT platforms. At the initial stage of IPL, Sony TV purchased broadcasting rights for 10 years for Rs. 820 crores p.a. Now, the rights were given to the star channel for five years period (from 2018 to 2022) for Rs. 16,347 crores which mean Rs. 3,269 crores Per Annum, four times of the earlier price.

Here you will raise the question of why the money has been increased from earlier days to now? There is a sudden increase in the price because IPL demand in the world was increased. Furthermore, apart from media rights the Ads income at the time of IPL matches also plays a vital role in the overall revenue. During IPL matches, Star India charges Rs. 6 lakhs for a 10-second advertisement.

One more important role in the IPL revenue model is Sponsorship. The teams of IPL associate with the company to promote the brands in return for a huge amount of money. Often, promotion is made in two forms, via advertorials and media. Also, the player’s jersey is a beneficial marketing tool with a filled colorful brand logos.

However, you may also witness many company’s logos & names printed on the jerseys, bats, helmets, umpire dresses, boundary lines, and on the screen. These all are part of the IPL income. Below we have tabulated the sponsors of the Indian Premier League right from the inception.

Another important revenue part of the IPL income is the sale of merchandise. jersey, sportswear, and other sports equipment come under merchandise. Every year IPL is increasing in demand and it has massive potential in merchandising. This form is the best way to monetize the brand for all IPL teams and the franchises. Now, IPL is imitating the global sporting events and experiencing success in making their brands over merchandising.

One of the main sources of income for the franchises is Price Money. Last year, the prize money for the winning team was Rs.25 crores and for the runner up team, it was Rs. 12.5 crores. Also, players will get money prizes for the better performer in the IPL season.

In the year 2019, the IPL teams valuation Summary are as such:

In the list of IPL income sources, the sale of the Tickets for watching IPL matches is also a major revenue source of IPL. For each franchise, a minimum of 8 matches are allowed and they have the whole rights on the income from the gate passes and tickets. The income of the tickets may vary from match to match due to the two robust IPL teams.

How does BCCI Profit from IPL?

From the sale of media rights and title sponsorship, the complete revenue will be directed to a central pool ie., BCCI. The share of 50% get to BCCI, 45% to franchises, and 5% as the winning amount.

BCCI’s full form is The Board of Control for Cricket. The BCCI in its financial predictions has connected 95% of revenue to the IPL. Other 5% to the net revenue contributed by the other fixtures – international and domestic clubbed together. Also, BCCI earns the income via the auction process whenever a new team forms. However, on average BCCI makes a guaranteed yearly income of approximately Rs.2,000 Crore from IPL solely.

Durga Puja 2020 Date, Puja Timings, Importance, How to Do, Rituals, Paragraph on Durga Puja in Hindi