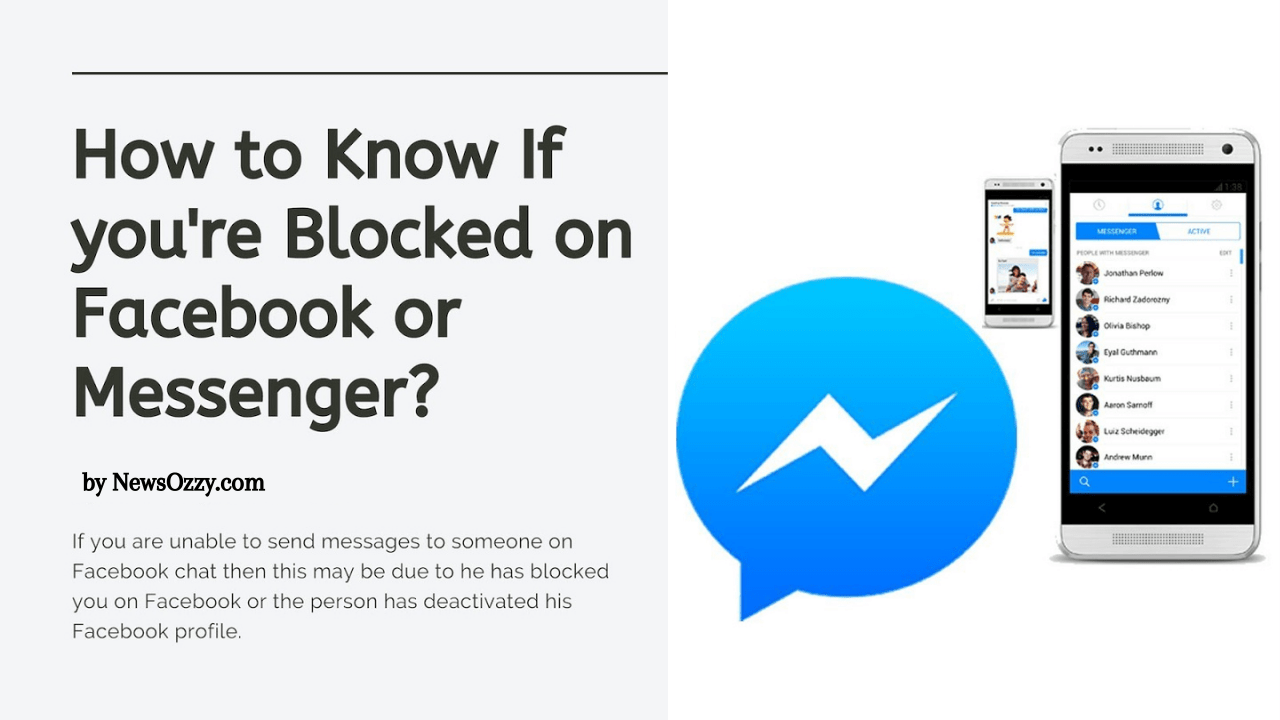 How to Know If Blocked on Messenger: As we all know that if someone is ignoring you on Messenger, then there is no way you can start a conversation with them from your end, it has to be a two-way process. But, in case someone has blocked you on Messenger, here you can’t even text that person from your end; it’s just like the person becomes out of range from you.

So how to know if blocked on Messenger? This question must have struck once in your head. Well, if yes, then you are at the right place because we are going to discuss this in detail.

Facebook made certain changes in its system in September 2020, because of which now you will not get any pop-ups or notifications if you get blocked by someone on Messenger. On top of that, you will also see the sent mark while sending a text to the person who blocked you, thus giving you no clue that you are blocked.

So in other to find out whether you are blocked or not, you have to put some effort and check whether your messages are getting delivered or not.

Sometimes when people deactivate their account, you will see the same error messages that Facebook shows you when you are blocked while searching a particular person. Error messages like ‘profile or person don’t exist’ appear when someone blocks you or deactivates his/her own account.

There is a lot to learn in order to know whether you are blocked or not. So you need to read this guide till the end for having a thorough understanding regarding this matter.

What are the ways that person can Blocks you on Messenger?

If you want to block a person on Facebook, then you can execute that in two ways:

What happens when you get Blocked on Messenger or Facebook?

There are a lot of things that you might come across once you get blocked by someone on Facebook or Messenger. As you know that you can get blocked in two ways, so keeping that in mind, we will discuss what happens when someone gets blocked by analyzing different things.

What happens to Profile Picture?

The change in the profile picture of a person totally depends on how that person has blocked you. Let’s discuss this in a detailed manner:

The common thing between these two kinds of blocking is that texting is not allowed in both circumstances.

What happens to Inbox Messages?

By analyzing the text messages that you sent to the person who blocked you, you can try to find out either you are blocked on Messenger or on Facebook. There are some clues hidden that might help you to know how you are blocked. The common thing between both kinds of blocks is that your sent messages will not get delivered to the person who blocked you.

Normally it is believed that Messenger blocks are temporary blocks and people usually unblock you after some time, but until and unless you are unblocked, you can’t send messages. However, if you are blocked on Facebook, then that could be permanent.

So now How to know if blocked on Messenger? The question which made you read this article. So first of all, let me clarify that yes, it is possible to find out whether you are blocked or not, but you need to follow some tricks to know that.

First, open the chatbox of the person on whom you have doubts that he/she has blocked you. Then click on the ‘Report spam and abuse’ option from the list. After clicking that option, give a good look at what comes out or appears on the screen. If you are not blocked, you will enter into a new tab where you can report spam and abuses. However, if you are blocked, then this option will not take you to another tab or let you do anything further; it will only show you ‘Operations Prohibited’.

If you have never heard of the Report spam and abuse option, then let me explain to you what this actually is in a detailed manner.

What is the Spam and Abuse section that you find on Facebook or Messenger?

It is one of the new features that Facebook introduced to make their privacy settings stronger. You can report someone who sends you irrelevant or abusive messages on Facebook or Messenger with this feature. This feature helps Facebook to blocks the account of those people who don’t obey the policies of Facebook and do whatever they like using their platform.

How to know if blocked on Messenger without Sending Message?

Facebook Messenger really helped us all to communicate with close and dear ones easily. With Messenger, you can chat with your close or dear ones as much as you like, and there is no one to disturb or restrict you from doing that. Facebook recently launched live calls on Messenger to make communication more convenient. However, at times when Facebook says unable to send messages, it becomes really annoying.

Facebook gained its popularity because it offered free communication. People were allowed to chat with each other without any location bounds free of cost. This free policy of Facebook attracted a lot of people to its platform and made them famous, making them the biggest company in the social media industry.

So now let’s talk about the ways to know if blocked on Messenger without texting anything. Suppose you are in a continuous chat with someone, but it gets stopped suddenly; what might be the reason behind this?

Scenarios for Blocking on Messenger

Here we will discuss certain scenarios that might have caused the stoppage. Either the person you are chatting with has blocked you, or he /she has deactivated his/her account while on chat with you. But before getting into any of these conclusions, first, try to refresh the Messenger and see what appears on the name of that person who might have blocked you.

In order to confirm your doubt, you can open your browser in incognito mode and visit the person’s profile on whom you have doubts that he/she has blocked you. If you can see the person’s profile in incognito mode, then it is confirmed that he/she has blocked you, and if you cannot see his/her profile, then he/she might have deactivated his/her account.

How do you know you got Blocked on FB Messenger Chat?

Someone can also block you on Facebook chat if he/she is not interested in starting or continuing a chat with you. Once you are blocked on Facebook chat, you can’t anymore send messages to the person who has blocked you. However, you can see all his/her posts and give your likes and comments on them. 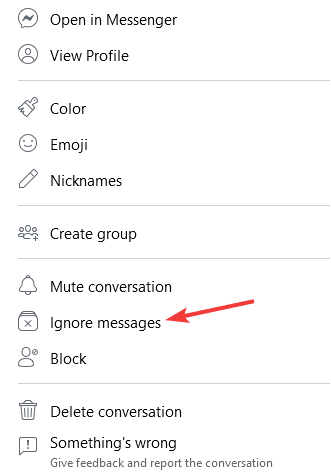 You will know that you are blocked on Facebook chat when your texts remain undelivered for days. Facebook has introduced all these block features for making the user experience better and allowing them to choose with whom they want to talk. This also helps to prevent a person’s privacy.

Now you must have a good amount of knowledge of how blocking works on Facebook or Messenger. Once you are blocked, there is no way to resolve that, only the person who has blocked you can unblock you. The only thing you can do is to request that person individually to unblock you and nothing more than that.

With all that, now you also know how to know if blocked on Messenger, and that’s really important if you use Messenger frequently. Also, check a few more articles like Profile Picture on Messenger & iMessage If Blocked from our site & fix the issues.

A Guide On How To Check if Someone has Blocked you on WhatsApp? | 2022 WhatsApp Tricks

How to Send Large Video on Whatsapp without Losing Quality? | How To Share Large Files on Whatsapp on Android & iPhone