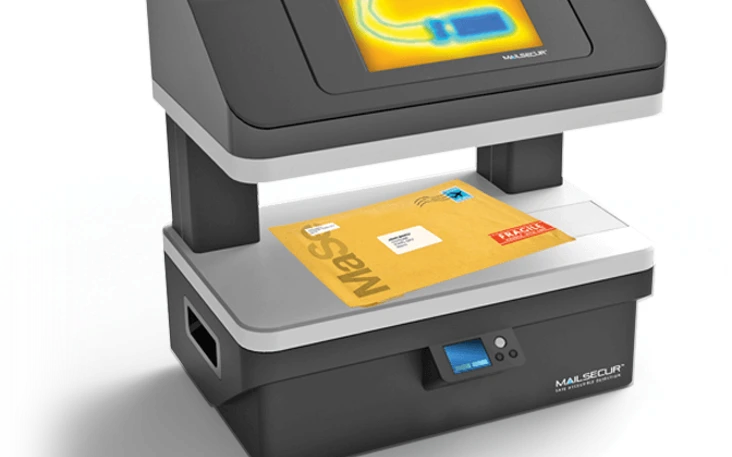 You must have seen or heard about all kinds of startups in the industry in different sectors of the market. The new startup we are talking about is a Mailroom security startup which scans for packages from over the world. It is a startup which takes pride in finding hidden things inside a package which is important as well. We have seen various instances where a package is used to parcel guns and other substance which can be harmful. The startup we are talking about is RaySecur which says that there are at least 10 parcels every day which contain powder, liquid or other kinds of a hazardous substance.

As reported by TechCrunch, RaySecur reveals that “its desktop-sized 3D real-time scanning technology, dubbed MailSecur, can intercept and detect threats in the mailroom before they ever make it onto the office floor”. Now, you would we wondering why mailroom security needs a startup which provides them with this service. While you might think that there is no need for security in mailrooms, it is definitely needed. It is a common type of attack where hijackers try to ship hardware exploits and break their WiFi so that they can enter the system and steal data.

RaySecur uses mmWave technology for its MailSecur, same as the one we see on airports and other security arrangements. The company also claims that its technology “can detect powders as small as 2% of a teaspoon or a single drop of liquid”. Now, we are here to inform you that the Mailroom security startup RaySecur has raised $3M in seed-round funding which was led by One Way Ventures, with participation from Junson Capital, Launchpad Venture Group, and also Dreamit Ventures. At the moment, RaySecur is not having a huge customer base since being founded in 2018 but it currently has 10 Fortune 500 companies using its MailSecur scanners.