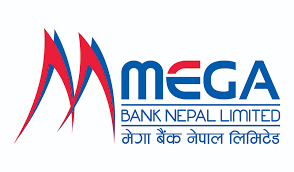 The merger of Oriental Bank of Commerce with Punjab National Bank and Andhra Bank with Union Bank of India will have similar issues, the official said
Last year in August, the government announced the consolidation of ten public sector banks (PSBs) into four mega state-owned lenders

MUMBAI : With the deadline of April 1 fast approaching for the mega merger of ten public sector banks, there seems to be more odd in the way of meeting the target date as a series of regulatory approvals and clearances are still pending, bank officials said.

Even after Cabinet approval to the proposed mega merger plan, officials said, fixation of share swap ratio, shareholders consent, and other regulatory approvals are expected to take at least 30-45 days.

It is believed that the Prime Minister’s Office (PMO) has sought details from these lenders about their financial projections for the next three to five years. Details in respect of NPAs, capital requirement, credit growth and cost savings on account of the mergers have been asked for, officials said.

So, chances of the merger becoming a reality beginning next fiscal year seems little unrealistic at the moment, a senior public sector bank official said.

Besides, regulatory nods, the Scheme of Amalgamation has to be laid before Parliament for 30 days for the perusal of the members. The second-half of the Budget session is scheduled to start on March 2.

As per the plan, United Bank of India and Oriental Bank of Commerce would merge with Punjab National Bank, making the proposed entity the second largest public sector bank.

It was decided to merge Syndicate Bank with Canara Bank, while Allahabad Bank with Indian Bank. Similarly, Andhra Bank and Corporation Bank are to be consolidated with Union Bank of India.

According to a senior banker, information technology integration of Vijaya Bank and Dena Bank with Bank of Baroda is still in process even after 10 months of merger. In addition, the HR issues still continues to hamper business, causing inconvenience to customers.

Moreover, the mega merger would create greater disturbance in the banking system and will affect the operation especially loan sanction as there will be chaos initially for few months, the official added.

Bank unions are also opposing the move saying merger is not a solution to the banking sector problem and slowdown in economy.

Rather than consolidation, there is a need for expansion, All India Bank Employees’ Association (AIBEA) general secretary C H Venkatachalam said.

The past merger carried out by banks are yet to show results and the proposed massive consolidation exercise will be catastrophic for the banking system at this point of time when the economy is in a downturn, he stated.

Terming the government decision on consolidation as illegal, All India Bank Officers’ Confederation general secretary Soumya Datta claimed that the decision was taken in the absence of full board.

There was no representation from officers and staff in the board of any of these ten banks so decision is illegal, he further claimed.

According to a senior official of Oriental Bank of Commerce, the grouping of banks in the consolidation plans does not appear to be logical as it would lead to large scale closure of branches than expansion of banking services.

For example, the official said the merger of Syndicate Bank with Canara Bank would lead to large scale closure of branches as both are Karnataka-based and have strong presence in South India.

The merger of Oriental Bank of Commerce with Punjab National Bank and Andhra Bank with Union Bank of India will have similar issues, the official said.

As regards IT platform, the official said, although the software system is same, versions are different. So the technology upgradation will take a minimum of nine months to two years, depending on the size of the banks.

However, Finance Minister Nirmala Sitharaman earlier this month said that she saw no reason to go back on the government’s mega merger plan for banks.

“I don’t see any reason to go back or any reason (which is) particularly causing any delay in the notification. You will hear on it as and when a decision is made,” she had said.

In December last year, RBI had opined that the country could create some global banking majors if the ongoing mergers of state-owned banks achieve desired impacts of creating stronger and well-capitalised lenders of global scale.

“The merger of PSBs is likely to transform the face of our banking sector with the emergence of stronger, well-capitalised banks aided by cutting-edge technology and state-of-the-art payment systems. Our banks have the potential to become global baking leaders,” the Reserve Bank of India said in its annual report on ‘trends & progress of banking 2018-19.’

Gold pulls back from fresh seven-year high to sub-$1670 area, coronavirus in focus