Gold prices are trading higher on Thursday after a late pick-up in demand the previous session following the test of a one-week low. After a surge to its highest level in seven years on Monday, prices have drifted mostly sideways to lower. The move isn’t reflecting a change in the bullish fundamentals, but rather the thought that prices are relatively too expensive.

There is no doubt that gold has been a tricky market to analyze and trade this week because it only makes sense that prices should be moving sharply higher in response to a steep plunge in U.S. equity markets and a drop in 10-year U.S. Treasury yields to a record low on Thursday. The price action suggests that gold buyers may have been well ahead of the rest of the markets when it made its recent surge while U.S. stocks were hitting record highs. 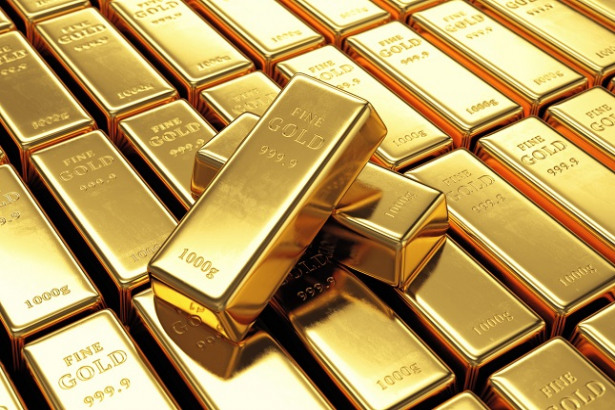 Growing expectations that central banks will certainly need to take action if coronavirus continues to spread, particularly outside China, is helping to prop up prices.

Investors have increased bets for a rate cut by the U.S. Federal Reserve to ease the impact on the economy, according to an analysis of Fed funds futures compiled by the CME Group. Money markets have also priced in cuts by the European Central Bank and Bank of England.

“Markets are already pricing in some decent cuts to rates across the globe so that’s the clear driver of (gold) prices and demand,” ANZ’s Hynes said.

Money markets are now fully pricing in one 25 basis point cut in the Fed’s rate by April and three by March 2021. Expectations for a European Central Bank (ECB) rate cut have also risen; money markets now price in more than 80% chance of a 10 basis point rate cut in July.

Not all central banks are in a hurry to cut rates, however, with U.S. officials saying it’s too early to consider a rate cut, and policymakers in Australia and New Zealand feeling a rate cut from current levels may not have the same impact on the economy as a rate cut from higher levels.

Furthermore, in a surprise move, the Bank of Korea kept its benchmark policy rate unchanged. Central bank policymakers surprised the financial markets by holding its benchmark interest rate at 1.25% when analysts polled by Reuters were expecting a rate cut. That was despite a recent spike in the number of coronavirus cases in the country threatening its economy.

“Bank of Korea has had a habit of being a little bit behind the curve … when acknowledging that growth is slowing down,” Leong said.

The gold market chart pattern clearly indicates a U.S. rate cut has been priced into the market. Now traders are playing the waiting game as they wait for U.S. policymakers to come aboard. Prices could sit in a range until economic data that the Fed can’t ignore clearly shows the need for a rate cut sooner than expected.

You see the drop in Treasury yields means investors want a rate cut, the rise in gold indicates traders expect a rate cut in April, but the Fed doesn’t always give the markets what they want.

View: Take US-India energy cooperation to the next level