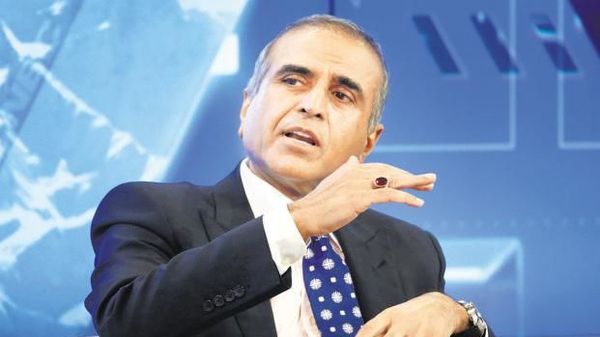 NEW DELHI : Top bosses of Bharti Airtel Ltd and Vodafone Idea Ltd reached out to Union finance minister Nirmala Sitharaman on Wednesday, as a massive payments crisis loomed over the two telcos that together serve more than 580 million customers in India.

Sunil Bharti Mittal and Kumar Mangalam Birla, billionaire chairmen of Bharti Airtel and Vodafone Idea, respectively, had separate meetings with the minister, a person aware of the development said on condition of anonymity.

Emerging from the North Block, which houses the finance ministry, Mittal told reporters he did not discuss the dues demanded by the telecom ministry following a court order, but pointed to the stress in the sector and the need for the government to focus on its sustainability.

Mittal said the telecom industry is vital to the nation and its digital future. “The only thing the government needs to do is to focus on how to ensure the sustainability of the sector,” he said. He added that Airtel has already announced its plans to pay up after the Supreme Court declined to grant more time to companies to pay their adjusted gross revenue (AGR) dues. Birla did not want to comment on the meeting.
Bharti Airtel and Vodafone Idea together serve 61% of the telecom users in India. Bharti Airtel posted a loss of ₹1,035 crore while Vodafone Idea reported a loss of ₹6,438 crore in the December quarter. Reliance Jio Infocomm Ltd is the largest and only profitable telco in India.

Airtel had on Monday paid ₹10,000 crore out of its estimated liability of over ₹35,000 crore and plans to pay the rest before 17 March.

Mittal had a separate meeting with telecom secretary Anshu Prakash on Wednesday, a second person said on condition of anonymity. A day earlier, Birla too had met Prakash, amid fears that the government may invoke Vodafone Idea’s bank guarantees, a move that could threaten its survival.

Birla’s meeting with top government officials also indicates that the chairman of the Aditya Birla Group is actively involved in efforts to save Vodafone Idea, which has 304 million subscribers and about 13,000 direct employees. Apart from the impact on subscribers and employees, a potential bankruptcy will add to the pile of stressed assets on banks that have lent to the company.

Emails sent to Vodafone Idea and Bharti Airtel on the details of the meeting went unanswered till press time. With market players expecting some relief, shares of Vodafone Idea gained as much as 48% during the day, before closing nearly 38% higher.

At the end of a 14-year-long court battle, the Supreme Court last year upheld the government’s definition of AGR, on which it calculates levies on telecom operators. The order dealt a massive blow to the telecom industry, which argued that AGR should only include revenue from core telecom operations. Telecom operators now have to pay dues for the past 14 years, along with interest and fines.

“The lack of any relief from the government would make it difficult for Vodafone Idea to continue as a going concern,” a BNP Paribas note said on 15 February. “Apart from AGR dues, Vodafone Idea has to pay the government $12 billion for past spectrum purchase and the recoverability of both would be difficult if Vodafone Idea is unable to continue operations,” the note said. “Also, we think a duopoly structure might not be in the best interest of the consumer; hence, any statements or actions by the government will be a critical factor to watch out for over the next few days.”

Till recently India’s largest telco by users, Vodafone Idea is the worst hit by the verdict that makes it liable to pay up around ₹50,000 crore. Its last-ditch efforts to get a court reprieve on Monday failed, prompting speculation the government will encash its bank guarantees.

The court on 14 February pulled up telcos and government officials for failing to comply with its 24 October verdict upholding the government’s definition of AGR.