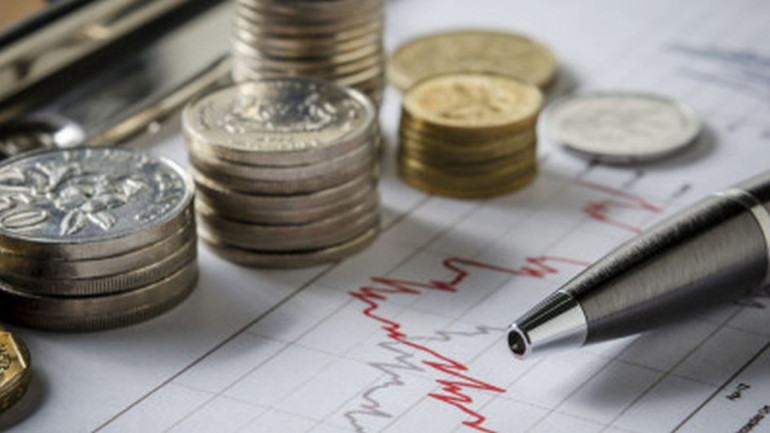 Selling was seen across sectors that fell 7-9% in a day, while the Nifty Midcap index plunged 8% and Smallcap index lost 9.5%

The Nifty50, as well as Bank Nifty, formed a large bearish candle on daily charts, indicating the weakness may continue in the coming days and considering the quantum of fall, it is difficult to find the bottom now, experts feel.

Selling was seen across sectors that fell 7-9 percent in a day, while the Nifty Midcap index plunged 8 percent and Smallcap index lost 9.5 percent.

Stay tuned to Moneycontrol to find out what happens in currency and equity markets today. We have collated a list of important headlines across news platforms which could impact Indian as well as international markets:

Trade was halted on the S&P 500 after it hit downdraft circuit breakers. It fell further when trade resumed, eventually losing 9.5% to close 27% below February’s peak, said a Reuters report.

Asia’s stock markets crashed on Friday as panic gripping world financial markets deepened, and even haven assets such as gold and bonds were ditched to cover losses in the wipeout, said a Reuters report.

Trends on SGX Nifty indicate a negative opening for the index in India with a 659 points loss. The Nifty futures were trading flat at 8,820 on the Singaporean Exchange around 07:30 hours IST.

India’s retail inflation rate in February stood at 6.58 percent, according to data released on March 12. Retail inflation for the month of January was 7.59 percent. February core inflation came in at 4.1 percent against 4.8 percent in January. Food prices, which is a gauge to measure changes in kitchen budgets, stood at 10.81 percent in February against 13.63 percent a month ago.

India’s current account deficit narrowed sharply to $1.4 billion or 0.2 percent of GDP in the December quarter, the Reserve Bank said on March 12. The deficit was at 2.7 percent of the GDP in the year-ago period and 0.9 percent in the preceding quarter. The sharp contraction was primarily due to a lower trade deficit at $34.6 billion, and a rise in net services receipts, the central bank said.

The rupee slid by 56 paise to a fresh 17-month low of 74.24 (provisional) against the US currency on Thursday due to strong dollar demand as investors pruned riskier bets amid coronavirus pandemic fanning recession fears. Indian equity markets suffering their worst single-day losses and stock indices slipping into bear territory also hit the rupee sentiment.

At the interbank foreign exchange market, the rupee was trading down by 56 paise at 74.24 in the closing session. The local unit opened lower at 74.25 against the last close of 73.68 and fell further by 82 paise to 74.50 after the World Health Organization declared the new coronavirus (COVID-19) a pandemic.

Factory output growth in January back in the positive zone

India’s industrial output grew 2 percent in January against a contraction of 0.3 percent in December, according to the Index of Industrial Production (IIP) data released by the government on March 12.

Industrial output, or factory output, is the closest approximation for measuring the economic activity of the country’s business landscape. Manufacturing output, which accounts for more than three-fourths of the entire index, grew 1.5 percent in January against a fall of 1.2 percent a month ago.

The Reserve Bank on March 12 announced measures to infuse liquidity in the foreign exchange market, including the US dollar swaps worth $2 billion, as markets crashed amid mounting concerns over coronavirus pandemic. The first buy/sell swap auction will take place on March 16.

“On a review of current financial market conditions and taking into consideration the requirement of US Dollars in the market, it has been decided to undertake six-month US Dollar sell/buy swaps to provide liquidity to the foreign exchange market,” the central bank said in a statement.

Finance Minister Nirmala Sitharaman on March 12 held meetings with chief executives of these banks, including Andhra Bank, Corporation Bank and Union Bank of India. “Amalgamating PSBs made a presentation to Hon. FM @nsitharaman on their preparedness. Amalgamated PSBs to ensure no disruption to Credit & enhanced customer experience,” the Department of Financial Services said in a tweet.

RBI likely to go for inter-meeting cut of 25-40 bps: Barclays

With heightened risk of deterioration in global growth, the RBI is likely to go for an inter-meeting repo rate cut of 25-40 basis points, says a report. On Wednesday, the World Health Organization (WHO) officially declared the coronavirus outbreak a pandemic. Following the announcement, the markets took a major hit, with Sensex plummeting 2,919 points.

“Given the evolving macroeconomic situation and deteriorating global backdrop, we believe the risks of an intermeeting cut of 25-40 basis points have increased materially,” British brokerage Barclays said in its note. “Even if the RBI does not make an intermeeting move, we see them cutting by at least 65 basis points by June, with risks biased towards more easing than this,” it said.

Specialty chemicals manufacturing company Rossari Biotech, which had dared earlier in the day to launch its initial public offering (IPO) on March 18, has decided to postpone the plan given the turmoil in equity markets triggered by the novel coronavirus outbreak. “We regret to inform you that the Rossari Biotech IPO Press Conference dated March 13, 2020, scheduled in Mumbai stands cancelled due to unfavourable market conditions,” the company said in a statement.

Dow dives nearly 3,000 points on fears coronavirus will cause recession