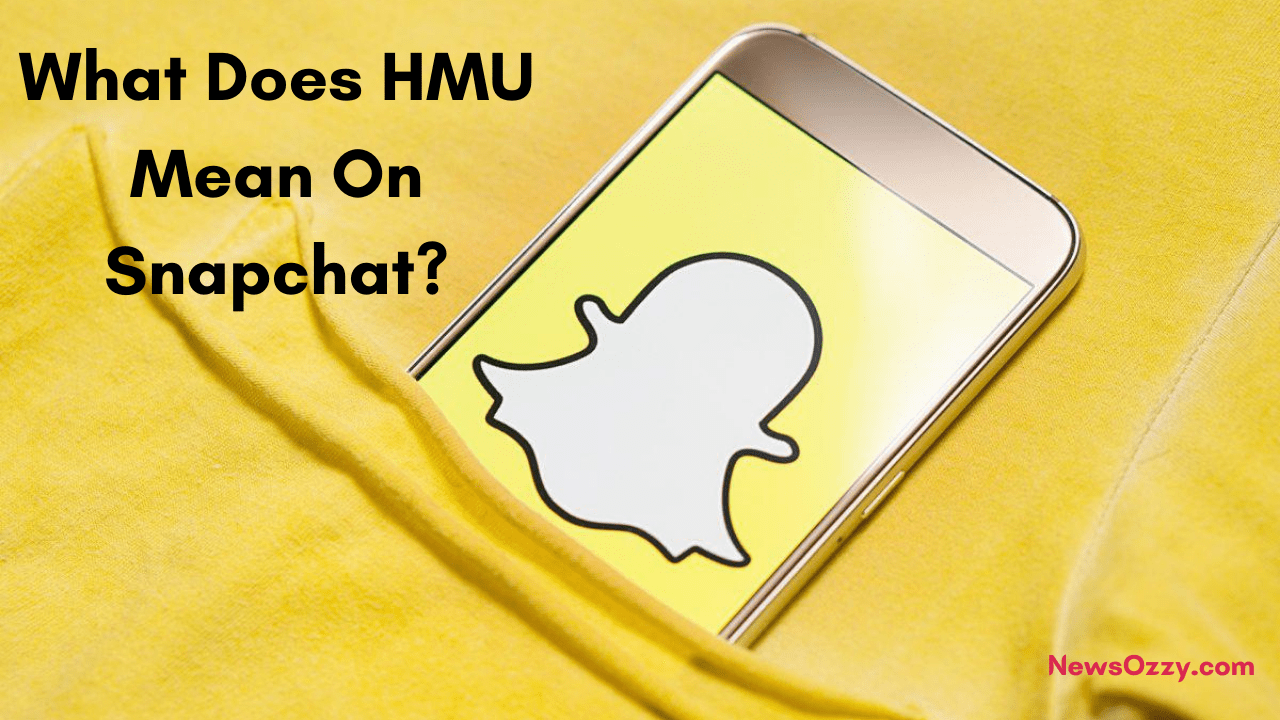 What Does HMU Mean On Snapchat: With the gaining popularity of social media, a lot is changing in how we communicate with each other as well. One such massive change is how we text each other. Over the years, abbreviations and acronyms have slid into our daily use language as well. This is especially relevant when it comes to social media and texting each other. 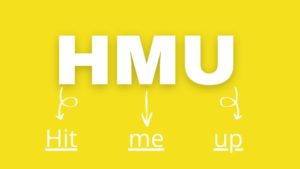 Snapchat has bagged the top spot when it comes to new and different lingo. It came with features that no other app does. In turn, it is also a bit difficult for people to understand everything related to it easily. This includes the abbreviated form of language used between users.

One of these confusing acronyms is HMU. It stands for “Hit me up.” Even when elongated, it ceases to make complete sense. It is easy for new users to interpret it as its literal meaning instead of the context behind the words. Thus, in this article, we will be sharing everything we know about HMU Meaning and how people use it in the text.

Before we dive into the article, you can also take a look at the video attached below to know what HMU means and how it works on Snapchat.

What Does HMU Mean On Snapchat?

HMU is the abbreviation for “Hit Me Up.” It is used to invite a person to contact you later. It is a quick way to tell someone to contact you or make plans for the future. It can be used synonymously with phrases like “message me”, “contact me”, or some variation of “get in touch to follow up and discuss this further at some other time”.

Most of the time, it is used in social and informal business circles. It is not considered appropriate for business or formal settings. For example, you can message a friend, “HMU when you get back home,” “HMU when you are free,” or “HMU when you want to go out for a night out.”

This acronym has become pretty famous slang across social media platforms. It is used when one needs to welcome somebody to their gathering, occasions, etc. It also implies that you need to have a discussion, converse with them, or need to get to know one another sometime later.

Read more: What does SFS mean on Snapchat

Basically, it implies to the person- message me and I will respond back to you. Unlike “text me” or “call me”, HMU is pretty universal and includes any means of contact available to the other person. When you use this acronym, you leave the choice of the type of follow-up communication up to them. There is no pressure on anyone to contact you through a certain specified media.

HMU defined by the Urban Dictionary in this context

Hit me up mostly seen on Snapchat or Instagram. Normally people say this when they are bored and they need to talk to someone. If you see DHMU don’t talk to them because they are either busy or they are not happy.

How to use the acronym HMU?

While it is normal to say “Hit me up” out loud, the acronym HMU is only used for texting and on online social media apps, including Snapchat. There are two different ways you can use this abbreviation in your daily communication, depending on the situation and context.

Using HMU is not a big deal. Simply send it to the person you want to contact in the near future and that’s it. It is up to them now to message you back. There are no strict rules when it comes to context. Just send it to anyone you want to follow up with, be it for a conversation or to meet in person.

Also Check: What does the red heart mean on Snapchat?

Where did HMU come from- Origin?

Although we cannot be one hundred percent sure, some users connect the origin of “Hit Me Up” with pagers. This phrase is inseparable from the ‘90s hip-hop culture. During that time, many people used one-way pagers to communicate with one another.

Pagers couldn’t receive text messages, but instead, they would beep and show the phone number of the person trying to contact you or “hit you up”. As we mentioned, no one really knows the exact origin of this slang. One day, HMU appeared on Urban Dictionary in 2009 out of nowhere. It came into popularity by the end of 2010.

According to Facebook’s 2010 Memology report, HMU went from being a rarity to the biggest trend of the year. For comparison, it wasn’t even mentioned in the 2009 Memology report.

Similarly, according to Google Trends, searches for HMU peaked in 2010 and leveled out after about a year. Though, this does not mean the slang is any less popular now. It simply means since it is so popularly used, fewer people look it up.

To conclude, HMU means “Hit me up” and is used to tell people to contact us in near future for all sorts of reasons.

If you have any more doubts about What Does HMU Mean On Snapchat or how it works, please post them in the comments section. Tell us if this article helped you in any way and if you liked our article, be sure to check out our other works as well!

Keerti Agarwal is a third-year graduate student in English Literature. She greatly enjoys reading and studying up psychology. She is passionate about writing and editing content. She is open to learning and gaining new experiences.