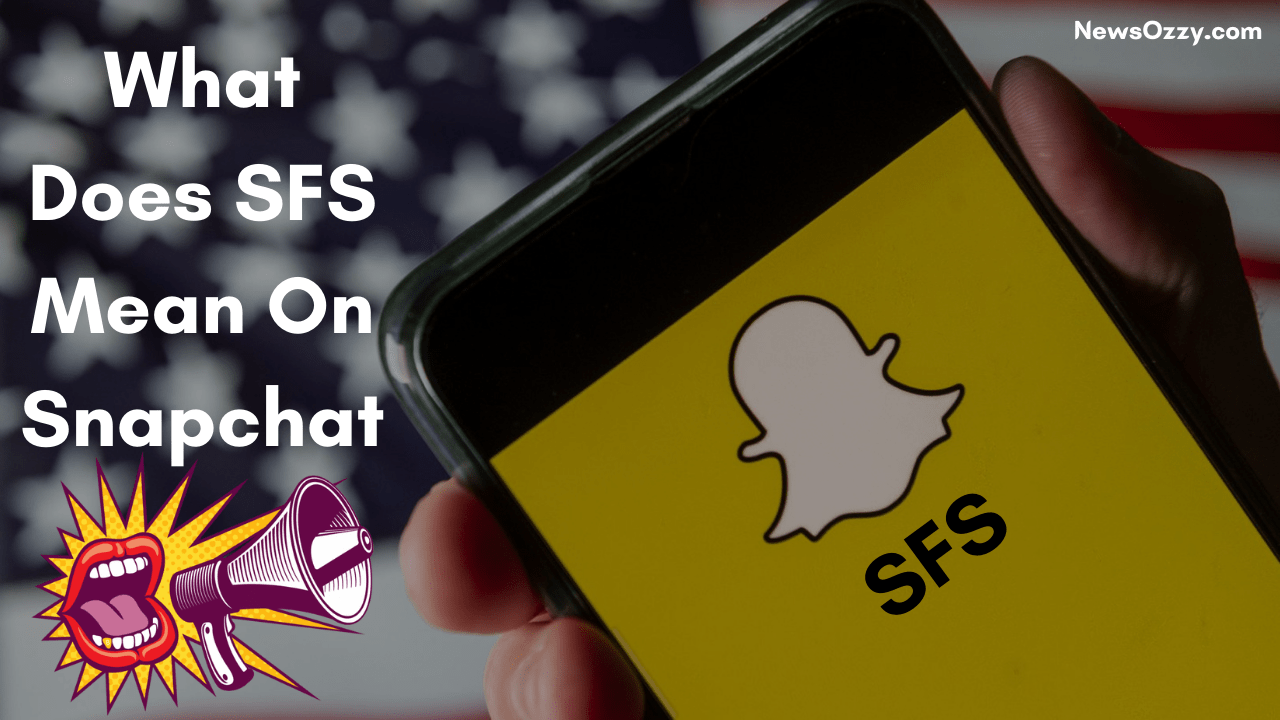 What Does SFS Mean On Snapchat: Acronyms, abbreviations, and initialisms are important parts of our life. They are important not only in the real world but also digitally in social media apps. One way or another, we either use them ourselves or consume them in some form of context. Sometimes we use and come across such words without even knowing they belong to any of these groups. A prime example being words like Radar (Radio Detection And Ranging).

As I said, we either use these or come across these short forms even in our social media all the time. While most social media platforms share a common lingo and common acronyms, Snapchat takes it up a notch. It has its own special set of acronyms and it’s not exactly the easiest of the bunch to keep up.

One such acronym is SFS. In the simplest form, it stands for “Snap For Snap” and has been in use quite frequently. It is especially popular on Snapchat. Thus, in this article, we will be sharing everything we know about SFS and can be of use to you.

Before we dive into the article, you can also take a look at the video attached below to know how SFS works on Snapchat.

What does SFS Mean On Snapchat?

There are three full forms for SFS on Snapchat-

Though there are three different full forms for it, they all essentially mean the same thing. All of them appear with a promotional intent and are exchanged with people for engagement in return for engagement. In simple terms, they stand and call for an exchange between two users.

When you are tagged with an SFS on any content, the user is looking for an acknowledgment on your account in return for acknowledgment on theirs. It is a means of promotion between influencers, with both parties hoping that the other will return the favour.

This can be seen happening not just on Snapchat but other social media apps like Instagram, TikTok, etc. as well.

How is SFS Used?

SFS is generally used as a hashtag for any kind of Snap to increase the reach of the story. It allows users to track down other users who are looking to grow their follower base and increase their numbers, while also promoting themselves.

Whenever you see #SFS on a Snapchat Story, you now know that the user has shared it intending to get as many people to share it as possible. By searching for “#SFS” on the Search Bar, a user can like several such posts easily and quickly. It makes the account seem much more popular.

There are some other hashtags that are used for similar purposes as well. These include “#L4L” and “#F4F” which stand for “like for like” and “follow for follow,” respectively. A #SFS post is shared with the intention to get as many views and likes as possible. Therefore, if you are looking for better reach on your own content, you can share such stories too.

Also Read: What does the hourglass mean in Snapchat

Where Can I Find People For SFS?

If you are interested in using the hashtag SFS, you need to find some other users who are willing to participate with you in the promotion. This is to create a comfortable setup that will be used for cross-promotion between the two groups.

When users use the SFS hashtag on their posts, they also agree to tag each other in a post for all of their followers to see. By doing this, both parties are able to increase their audience reach and hopefully gain a few more followers for their brand or page.

Usually, friends and family are the first options most people seek, but if that is not an option for you, no worries. There is another option as well. If you are looking for strangers, you can try your luck at Reddit’s Snapchat subreddit.

How to Respond to SFS on Snapchat?

If you are tagged on a #SFS story and don’t know how to respond? It’s simple. If this happens, you can either choose to ignore it or respond to it by resharing the post of the owner. In turn, they will share your post, thus, generating reach and engagement for both of you.

The whole point of using the #SFS is to generate as much reach for a post as possible. So you can carry on the cycle by engaging with it and reposting it from your own Snapchat account.

See More: What does the red heart mean on snapchat

Over the years, #SFS content has gained a bad reputation for its clickbait nature. You need to be careful while dealing with these. While such posts do garner some amount of reach and engagement, not all the comments are of the positive kind since users do not like such lazy content.

However, not all #SFS content is bad, so don’t be ward off just yet. You should just make sure that the content you share using this hashtag is good and worth sharing. This way, you are not unnecessarily loading #SFS or abusing its benefits. Instead, you are using it to optimize the reach of actual good content.

Where did SFS Come from?

The term “Shoutout” is not new to social media users. It has been a thing for quite a while. It was first made popular in the 1980s by radio jockeys, DJs, and MCs. They used it to say hello to their friends and family, present in the club or somewhere in the audience over the radio waves.

With the rise of social media, the term took on a different meaning and eventually came to be known as a sort of promotion. when the term SFS specifically became popular, it came to mean a mutual thing benefitting both the parties, that is, promotion for a promotion.

SFS simply stands for variations like “Snap For Snap,” “Shoutout For Shoutout,” and “Spam for Spam.” It mutually benefits both parties and is used for any sort of promotion. It can be both personal and professional. If you use it carefully, you can use it to your advantage.

If you have any more doubts about What Does SFS Mean On Snapchat or how it works, please post them in the comments section. Tell us if this article helped you in any way and if you liked our article, be sure to check out our other works as well!

How to Share Computer Internet with Phone Wirelessly using USB or Wifi?

Keerti Agarwal is a third-year graduate student in English Literature. She greatly enjoys reading and studying up psychology. She is passionate about writing and editing content. She is open to learning and gaining new experiences.