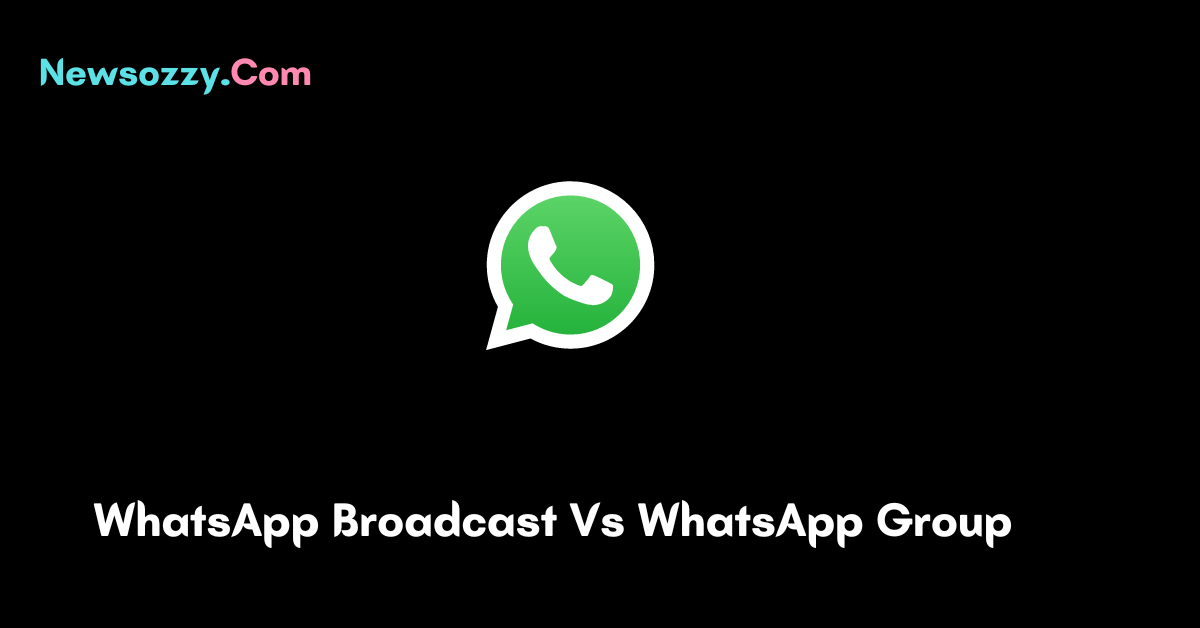 WhatsApp is a messaging platform that is presently used by 2 billion people in 196 countries, making it one of the most commonly used communication apps. Users can exchange text and voice messages, make voice and video chats, and share photographs, documents, user locations, and other media.

WhatsApp’s client application is accessible on both mobile devices and desktop PCs. Whatsapp offers a user interface that is simple to grasp and learn. In this article initially, we will understand the objective of WhatsApp and by moving further we will discuss the difference between the WhatsApp broadcast list and the WhatsApp group.

What is a WhatsApp Group?

It’s a spot on which you can invite friends and have a talk with them. A WhatsApp Group is an excellent place to organize happenings, plan a night out, or talk with coworkers. However, WhatsApp Groups have user restrictions. In a WhatsApp Group Conversation, you can only have up to 256 members. Through a Whatsapp group, all members of a friend or family can communicate.

You can use the Broadcast List tool to send out a message or multimedia to a group of people at once. The projected notification will display to become a one-on-one conversation with you. Make sure that all of the contacts in the Broadcast list have saved your phone number in their contacts list.

How Two of Whatsapp Features Broadcast and Group are Different?

FAQs on What’s the Difference between a Broadcast List and a Group on WhatsApp?

1. What are the benefits of using WhatsApp’s broadcast group?

You can send a message to multiple connections at once by using the broadcast list option.

Yes, using a broadcast group, you can send a message to a large number of people.

3. Can we use WhatsApp Broadcast for Business?

WhatsApp Broadcast is offered not just to personal individuals, but also to WhatsApp Business customers. The characteristics are nearly identical.

Whatsapp is the most widely used messaging application on the planet, with numerous features that may be utilized by a person or a group. In today’s article, we talked about the WhatsApp broadcast list and WhatsApp group, both of which have their benefits and features, and we also learned about the benefits of using WhatsApp. Also, Know if Someone has Blocked you on WhatsApp by following the link and learning the tricks mentioned.

How to Delete Group Chat in WhatsApp? | Clear All Messages from WhatsApp Group without Leaving