Why Do Some Messages on Snapchat not Disappear: Snapchat application is configured to delete messages sent in one-on-one Chat once both Snapchatters have opened and closed the Chat. Messages can be set to be deleted after 24 hours by modifying the erase rules in Chat Settings. Snapchat users can always save a Chat by pressing and holding it.

If these are not the case, you must check the sent messages to see if they have been delivered, as messages may not be sent from your end due to network issues.

Even saved messages on Snapchat can disappear at times due to a bug, which you can report to Snapchat support if you believe it is specific to your account.

In this article, Let’s understand the entire topic, including all possible causes for the issue of Snapchat messages not disappearing.

Why Do Some Messages on Snapchat not Disappear?

There could be a number of reasons why these messages do not go away on their own. Snapchat servers are built in such a way that sent messages are automatically deleted after 24 hours, though this can be changed for some messages that do not.

Here’s the scenario, I simply sent a set of messages to my friends and waited to see which ones remained. I just discovered that if the settings are set to 24 hours, the messages will only disappear after that period of time if they are not saved. However, some messages were simply unable to be sent due to an internal error, and I was able to resend them. However, if those are kept as such, the message will not be deleted because they were not actually sent.

Below could be some of the reasons that cause the above issue below,

A One-On-One Conversation’s Message Has Not Been Viewed

When viewing the chat in a one-on-one conversation, the message is deleted immediately after viewing. However, once the message has been viewed, it can be deleted or set to “24 Hours after Viewing” by right-swiping it. If the message was sent to someone who has not yet viewed it, the message remains. 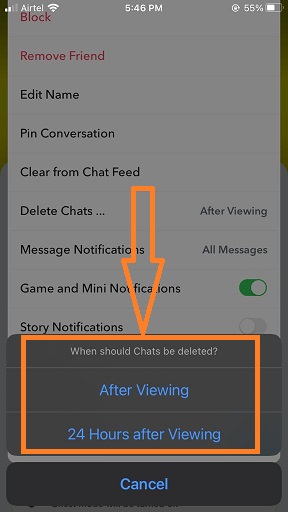 The Snapchat User May Have Saved the Message

If the person simply saves the Snapchat message from his end, the message will not be deleted. Only when a user exits the screen before saving the message will he or she be unable to view it. Saving important messages allows users to keep the message for a longer period of time.

Snapchat users have the advantage of always being able to save a message that will not disappear from Snapchat, 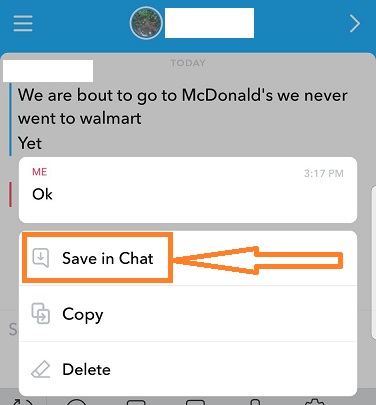 What is the lifetime of Snapchat Messages?

If the person does not open the chat within 30 days of receiving the message, it will be deleted automatically. This means he or she will be unable to view it after 30 days.

The above settings are made by the Snapchat team and you won’t be able to change them.

Why Won’t Snapchat Messages Disappear Even if They Aren’t Saved?

Even if the messages are not saved, they do not always disappear for various reasons. That could be anything like messages failed, viewed, but it hasn’t been 24 hours. The most common responses to this question are as follows,

The Chat Message Was Not Read

Messages will remain in Snapchat until viewed by other users to whom the message was sent. If you open the chat, you can easily see if the person has read the messages. If he reads the message, it will be gone within a maximum of 24 hours from the time it was viewed. So, if the messages are still there after 24-48 hours, you can say they haven’t been viewed yet.

It Takes 24 Hours to Delete the Message

Normally, once a message has been viewed by another user, it is automatically deleted when he or she exits the screen. If you have the settings set to “24 hours after viewing,” the message will remain for 24 hours even if it was viewed by someone on the other end.

However, in the chat settings, the number of hours for which the message will remain can be changed from 24 hours to 48 hours (by default).

Ensure That Messages Did Not Fail

You should ensure that the message was successfully sent. Be cautious when there is a network outage or an application error that causes the service to fail.

Is It Possible to Delete a Snap From the User End?

In most cases, read messages are deleted as soon as the user exits the screen. However, if they haven’t seen it yet and you want to delete the snap, you only have a few options.

Because Snapchat does not allow you to undo any sent message for both ends at the same time, you must either wait for it to be viewed or wait nearly 30 days for it to be permanently removed. By swiping to the right, you will only see the option to delete the snap from your end.

To delete quickly, you need to Tap on the snap, then press ‘Delete’ on the screen pop-up, and you’re done!