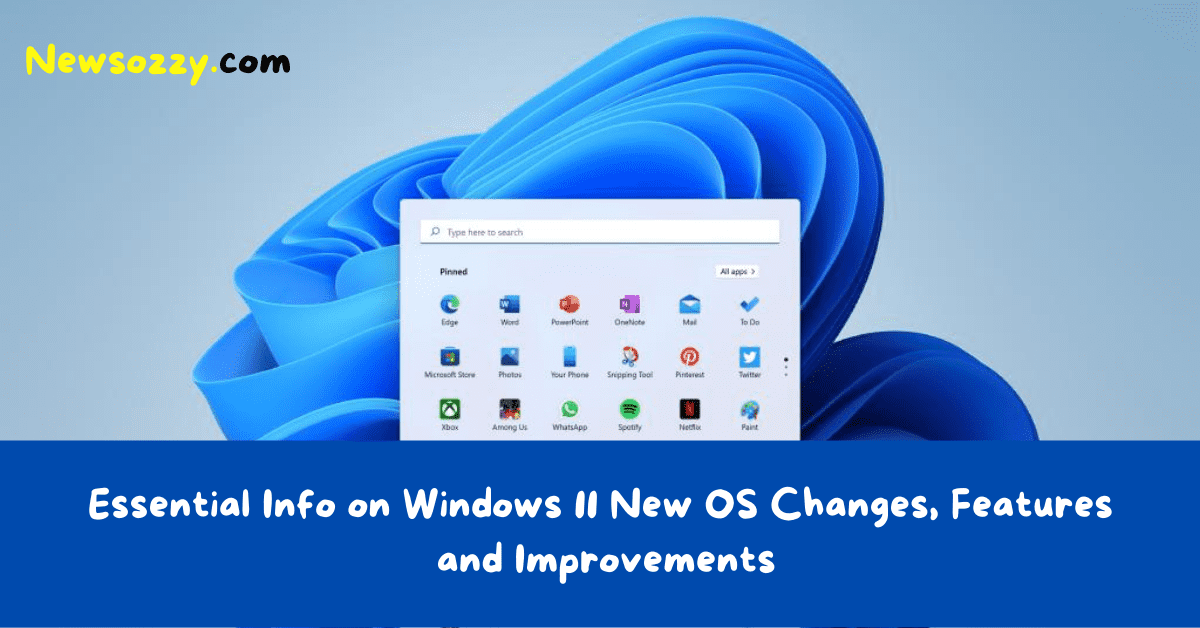 Microsoft has made several improvements in aspects of design, display, performance, and speed. But these changes come with their share of problems and one of the most common bugs faced by the users is the sluggishness that accompanied when they installed the new operating system. The main reason behind this bug is its Build OS still being in the Dev mode.

Listed below are the features and changes in the new windows 11 operating system which will help you decide whether you want to move forward with installing the new operating system.

If you decide to install the new operating system listed below are the many new features, changes, and improvements that you will get on your device.

After installing the new Windows OS, users get a new Out-of-Box experience which helps them set up their PC with ease.

2. The Option to Decide the Alignment of the Taskbar

Microsoft now allows its users to switch the position of the taskbar icons from the left to the center or vice Versa according to their convenience and desire. So you can feel free to customize your display as you like. If you wish you can also roll back the Start Tiles on your PC by simply tweaking an entry on the registry – DWORD (32-bit).

Multitasking has now reached its peak all thanks to the new operating system. Users can now perform multiple tasks with utmost ease and perfection by installing the Windows 11 operating system.

Users can select pre-defined layouts for all the running apps on their device with help of the Snap Layouts feature introduced in Windows 11 OS. This feature was available in the Windows 10 versions as well but the users had to manually adjust the size of the window.

Microsoft has brought a Chromebook-like experience to the Start Menu Tiles on Windows 11 the new operating system. The best thing about this new interface is that the users can easily change the look of their device as and when they desire. The user can move the Start Menu and place it either in the left corner of their desktop screen or choose to keep it at the center. This helps renew the look of your device and gives your device a more lavish look. It includes all segments from Start Tiles as well.

5. Enabling and Disabling the Windows Location

The users of the new operating system can now choose to allow if the Windows 11 OS should remember the locations of the windows based on the connected monitor.

The users can also allow the Windows OS to minimize the apps running when the monitor gets disconnected. If you wish to enable or disable the Windows Location you can follow the simple steps mentioned below:

6. The VPN Setting available at the Action Centre

The VPN setting was present on the Windows 10 versions of the operating systems as well. But to ease the access to this setting, Microsoft has moved and introduced the VPN setting on the Action Centre.

7. The Device Usage setting is made available under Personalization

With the help of this setting, the users can define the exact purpose for which they will be using their device for the most part.
You can navigate the following path to get to this setting option:

In case you are bored of the old classic yet basic Windows Explorer icons, The new icons available by installing the new operating system will definitely cheer you up!

9. The Windows Terminal option available on the Context Menu

The company, Microsoft has introduced its Windows Terminal option on the Context menu. This feature helps its users to access CMD, Azure Cloud Shell, or PowerShell very conveniently.

These are some of the features that are available in the new operating system. We hope this article helped clear your doubts in case you were in a dilemma if whether you should switch to the upgraded Windows 11 OS. Before upgrading to New Windows 11 OS Check Windows 11 Compatibility for your Device.