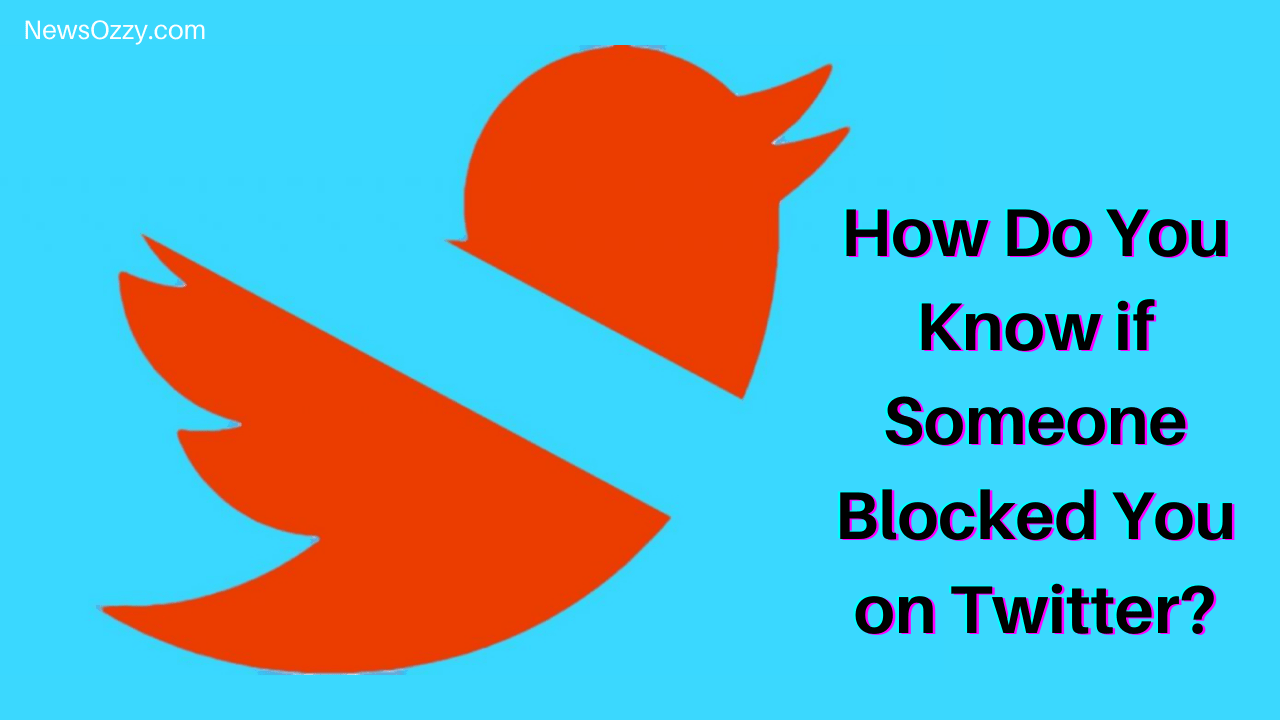 It is quite difficult to Know if Someone Blocked You on Twitter. You are not going to get any notification but you will just notice that the person is not on your Following list anymore.

However, just because a person you have followed before is not on your following list, doesn’t mean that he or she has blocked you. This could also mean that the person has deleted their account.

If you wish to check who has blocked you on Twitter, then there are a few things you can do.

If you remember their Twitter username, you can proceed with this step.

Here are some other methods you can apply to find if someone has blocked you on Twitter or not.

Different Ways to Check if Someone has Blocked You on Twitter

This detailed guide will help you know if any person on your follower list has blocked you on Twitter for sure. Dive into these ultimate modules and gain proper knowledge about an issue that you looking for.

1. Doesn’t Visible His/Her Tweets to You

One of the methods to find out if you are blocked is by checking out the tweets. When you are blocked by someone, Twitter will be restricting you from some actions on the user’s profile. If you are blocked, you won’t be able to see the tweets from the other person. However, you can see the exact number of tweets done by the person.

Here, you need to make sure that the account owner has not limited their tweets to certain users. If they haven’t done this, then the user must have blocked you. However, if the user has posted any inappropriate tweet or has violated any rules and regulations, then Twitter might have deleted the tweet as well.

Twitter has stringent rules and regulations in place, so if the user has blocked you, that means you won’t be able to follow the user. This means you won’t have any access to their past tweets or any tweets they further upload.

However, if you are spamming someone’s account with comments, then Twitter might restrict your account from following anybody. When you are blocked by the user, you will see their account as an empty page that won’t be having the profile picture as well.

This is the simplest method to check. You can create another account or use someone else’s account to open the account of the user. If the user has blocked you, then you will be able to see all their activity from the new account but not from your original ID.

If you find that the user still does not have any activity, then the account has been deactivated or their profile has been banned by Twitter. You can create a new account to view their tweets if they have blocked your original account.

What Happens When You Block Someone Else on Twitter?

When you block someone else on Twitter, then Twitter starts to restrict your posts and tweets from being visible to them. That person won’t be receiving any post notifications and won’t be able to view your posts even by going to your profile.

The ‘Block’ feature is certainly useful if you do not want someone to stalk your tweets or spam you in the comments section. Twitter has a solid privacy policy so the blocked person won’t be able to see your activity.

There are some restrictions on the user after you have blocked them. Even if they click on the follow button vigorously, Twitter’s algorithm will not allow them to follow you. If you do not unblock them, they will remain blacklisted for years.

Twitter’s search option also works on keywords, just like every other search engine. When you type the username, the keywords that match with the account will be visible to you.

Therefore, when you block someone, they won’t be able to find your name in the search list and even if they do find it, they would be able to see your DP (display picture) only.

With all these methods, you can safely find whether the person has blocked you on Twitter or not. Share these best methods on How to Know if Someone Blocked You on Twitter with your friends and dear ones via any social media apps to help them solve this kind of issue if they are facing it.

Well, you may also check various Twitter guides like View Protected Tweets without Following, Can you trace a Fake Twitter Account, How to See Deleted Tweets?, and more on NewsOzzy.com to throw out all your worries & enjoy tweeting.

Ways to Track the TextNow Numbers | How do you Lookup a Textnow Phone Number?